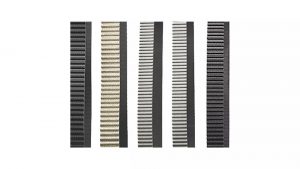 Timing belts are a belt made out of a rubber-like compound that are designed to resist high-temperatures, harsh conditions, and stretching in the engine compartment over time.

What do they do?

Timing belts are used to synchronize an engines many moving parts. The timing belt causes for multiple different systems, and mechanical functions are precisely timed and in sync with one another.

A timing belt breaking can cause significant damage, and much costlier repairs. Consult with your service advisor at Oakville Volkswagen to have your timing belt replaced according to your vehicle's factory-recommended service schedule, or as needed.

If your engine is making a squeeling noise, or other noises are coming from the moving timing belt, see Oakville Volkswagen immediately to have your vehicle inspected and repaired if necessary.